“What? A new world order organized according to the satanic values of Obama? How dare you think that way! Don’t you understand that Obama is trying to bring the USA back to normalcy after the devastation that Bush caused? Obamaism. — Stop inventing new “ism”s. We cannot handle the existing ones”!

That’s the first reaction of many to this title. So let me address this.

By definition, “Satanic” means something that is the opposite of the Judeo-Christian code of morality. Even if Satan and satanic things belong to the realm of mythology, the use of this mythology is a useful analogy in any discussion of the realms where the spiritual and the material are interconnected.

True Judeo-Christian spirituality is based on the idea of the human being created as an individual in the image and likeness of God to follow his/her own interpretation of God’s (Nature’s for atheists) guidance — to perform creative work in all spheres of human life and to be personally responsible for his/her own actions.

The Satanic spirituality is based on demoting One God in the Heavens from the position of Supreme Power over humans and elevating to this position a selected human with a devilish character who plays a role of god. This human god is forcing all humans under his power to obey his commandments instead of following God’s Ten Commandments. Under satanic human-god commandments a human is deprived of his individuality, becomes a member of a collective (crowd, community, nation, etc.) and forced to follow orders from his human god. In other words, the individual is losing his freedom and is becoming a physical and spiritual slave.

The strategy for a devilish human to develop his own satanic world order is well known and consists of four major steps.

(1)  First, one has to denigrate the Judeo-Christian spirituality and its moral codification in the Ten Commandments as something too extreme and outdated and not suitable for governing a contemporary nation. To do this you have to begin with denigration of the originators of this spirituality, the Jewish people and their spiritual heart, the state of Israel.

(2)  Next, is to split the society into numerous feuding factions that would be unable or unwilling to find a compromise for peaceful coexistence. One would have to present himself as a savior to the dissatisfied who would lead them to defeat all other groups in that society.

(4)  And finally, one would have to establish a dictatorial government to preserve and reinforce one’s power as a human god over the citizens/slaves of society.  That is the end – a satanic new world order is established.

Now, a new satanic world order is in the making, and that is “The Satanic New World Order” called Obamaism. The vital difference between Obama’s strategy for building his New World Order and other satanic “builders” of the past is that Obama’s strategy base is not the country of his presidency but the anti-Western and anti-Israel international body called the United Nations. If we understand Obama’s New World Order we can understand what is behind the strategic decisions of Obama on Israel, on Christianity, on Islam and the Islamic world, on Russia and Europe, on Iraq and on Afghanistan, etc. This order is being created in the same four steps described above.

Denigrating the Judeo-Christian spirituality and its founders, the Jewish people

Obama has not initiated this process – it began long before Obama’s presidency. However, he skillfully accelerated this process by reinforcing (a) the image of the state of Israel as a source of all the world’s problems, and (b) the image of USA’s Christian institutions as something outdated, reactionary and an obstacle to “social fairness” to all “the underprivileged” of the World.

Obama artfully created many more feuding factions than all other creators of “new world orders”: poor vs. rich, religious vs. non-religious, blacks vs. whites, females vs. males, wealth makers vs. wealth takers, developed countries vs. undeveloped ones, Western civilization vs. Islamic, etc. And to all of them Obama delivers the same message: I, Obama, am going to be your savior – I am going to defend and protect you from others but for this defense and protection you have to give up something – or else …

Redistributing wealth to the underprivileged to gain their support

Redistribution of wealth has become one of the chief components of Obama’s strategy. Increasing the share government gets of the wealth produced in the United States (Gross Domestic Product) through direct taxation and a myriad of government regulations and tariffs used as tools for wealth redistribution. The share of GDP consumed by federal, state and local governments increased from about a quarter two hundred years ago to about three quarters today. Again, this redistribution process began long before Obama but he artfully uses it for building his “world order”. Using the “redistributed”, that is confiscated money, Obama can provide all underprivileged factions of our country and many countries abroad with some “Obama money”.

Establishing a dictatorial government and moving to a new world order

So, what new world order is Obama trying to establish? There is no written description of this order. There are no oral presentations by Obama describing his dreams in precise terms. Obama is an unusually smart word ideologue. The current sad state of domestic and international affairs is not a result of his poor leadership skills. To the contrary, the sad state of affairs is what he has been deliberately trying to achieve from the very beginning. But what is it?

What are the major roadblocks on the way to the new world order? It appears there are three of them: (1) the economic and military power of the USA which continues to defend the Judeo-Christian foundation of Western Civilization; (2) the Judeo-Christian tradition of Western-European countries that is resisting the Islamization of Europe; (3) friendly Islamic dictatorships in the Arab world who are trying to preserve the dominating power of the USA for the sake of their own survival.

Here is how Obama is dealing with the three major roadblocks.

(1)  For first four years of his presidency Obama has done a lot to remove the first roadblock. The withdrawal of US troops from Iraq without achieving a victory, and the preparation for a similar withdrawal from Afghanistan. He replaced many generals for whom victory was a primary goal with other generals for whom “political correctness” is a primary goal. Result? The US military is weaker – the morale of US troops is down as a result of their actions being perceived as a defeat. One more result? US enemies are stronger – they are not afraid of our military anymore.
In addition, look at the financial market using the Dow as a criterion – for the last four years it has been moving down or kept frozen. This translates to a US economy that is losing steam. Coupled with the weakening military, the USA can no longer be a guarantor of a Judeo-Christian world order. Thus this roadblock to Obama’s “Satanic New World Order” is being removed.

(2)  The economic and spiritual crisis of Western-European countries is not a result of some US policies. It is going on its own because of abandoning the Judeo-Christian principles of governing: satanic redistribution of wealth is ruining the economy, and the “human rights” faith has reduced the resistance of Europe to the flood of Islamists from Muslim countries. Result? Europe is no longer capable of defending and protecting the Judeo-Christian foundation of the world and is no longer capable of influencing world affairs. Thus, the second roadblock on the road to Obama’s “Satanic New World Order” is in the process of demolition.

(3)  In the course of the so-called Arab spring Obama has been able – by actions or inactions – to replace most Middle-East Arab dictators, who were helping the USA be a guardian of the existing order of the Judeo-Christian universe, by Islamists of the Muslim Brotherhood whose chief goal is to substitute the Judeo-Christian morality of our Judeo-Christian civilization by Sharia-based morality (or immorality). Hence the third road block on the road to Obama’s New World Order is in the process of destruction.

Obama has succeeded in removing all major roadblocks on the road to his Satanic New World Order, and he succeeded with a daring neglect of an American compromise-based governing tradition with the help of an inept opposition. Now we have two avenues to the future:

One is to build together with Obama, his Satanic New World Order – from the Ten Commandments and Judeo-Christian spirituality to spiritual slavery. The other avenue is to resist and return to life along the lines of Judeo-Christian fundamentals. 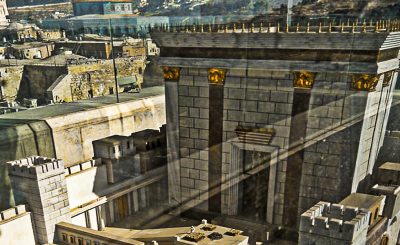 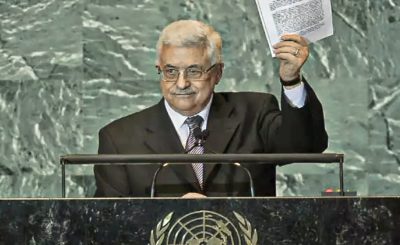 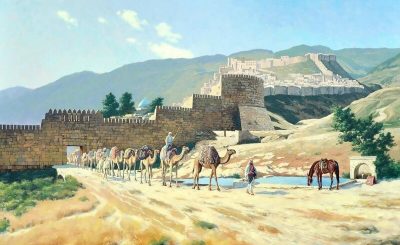 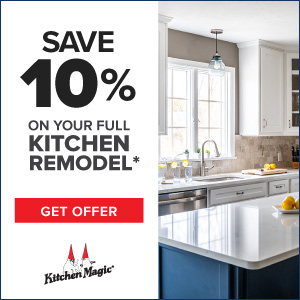 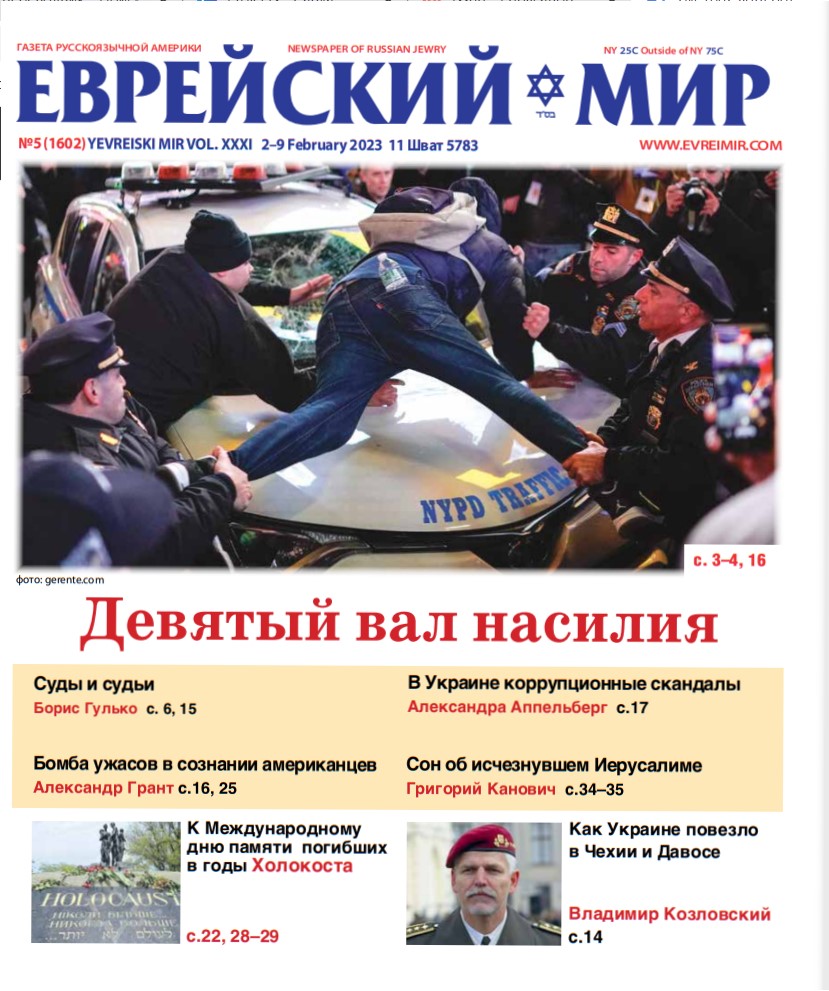 
Notice: Unknown: failed to delete and flush buffer. No buffer to delete or flush in Unknown on line 0